What inspired you to write “How To Play Basketball The Fun Way” ?

“When inspired me to write, how to play basketball, was um my dad, he really, he told me, you know, back in my junior year of high school, I was, you know, starting to perform very well. And to get a lot of looks from different colleges, and he was like, you know, you should start writing your book, what you’re going through right now. So, I mean, he put that bug in my ear me write it. But, you know love for the game really propelled, you know, me to want to finish it.”

What made you want to incorporate “Fun”?

What audience or who would like to inspire with “How To Play BasketBall The Fun Way”?

When Did You Start Writing How To Play BasketBall The Fun Way?

“I wrote the book, I started it in 2002, but I didn’t really start really writing into it until 2014. So it was like, I would write in it on in a notebook, you know, by hand, and one of my writer friend Liltera Lewis, she came to me and said, Jenarie, you need to get get your book out of the book in type it, please. So she was like, you know, very instrumental when it came to me to start to type it up, you know what I mean?”

What did you have to do prepare?

“So, and then what I had to do to prepare for writing the book was, you know, I had to get my mind, right, because, so many years ago, by after you play basketball, you know,  I’ve become a wife and a mom. And, you know, you forget about who you used to be, you know, so I had to really dig deep in, you know, prepare my mind on what I want others to know about what my book has to offer. So it’s like, I had to remember who I once was as an athlete. And then I had to put what I knew as an adult. So it’s like, I want it to cater to the youth and to the, you know, the people who used to compete as well. So that’s how I prepared”

“How did I feel about writing the book, um, at first, it was a, you know, I was still going through the course of playing basketball, I was still competitive in play, you know, as a college athlete. So, you know, I really didn’t put too much in there when I was in college, because I was very busy back then, you know, so I just, I felt like I just needed to put the truth in there and to share the truth because a lot of people don’t understand what it’s like to be a full time competitive athlete, you know, everybody’s working, and everybody’s doing everything that need, you know, what they would to  do for their future, but being a competitive athlete is like, you have to follow what everybody else tells you what to do. And you have to maintain a certain level of endurance, you know, on and off the court. So it’s like, you know, when I wrote the book, I had everybody who used to compete and who are competing in mind”

Writing is my way of releasing what I’ve had stored up within myself. My goal is to share what I’ve gone through in the course of my life, so that I may be able to uplift others who experienced hardships as well.
I pray that my words will encourage people, young and old to continue to be positive and self motivated

Who are your favorite Basketball Players and why?

“For my favorite basketball players. I think everybody who knows me know that Kobe Bryant is my most all time favorite basketball player. And you know, with his recent pass and you know, his, I cried a lot for like three weeks straight and it hurt to know that him and his daughter and the rest of the families perished on a flight but, you know he had a good life and I learned a lot about basketball by watching him and by hearing what he had to say about basketball and how he learned how to play basketball. In my second mess. Well my first time all time favorite basketball player before Kobe is Pistol Pete Maravich. He’s like the NCAA, all time leading scorer. He just was, uh, oh my God, he was beautiful with the ball. Like he was a shooter and a point guard. So he knew he knew the floor very well. And I’ve picked up a lot of my game watching him as well. You know, unfortunately, he died of a heart attack while playing basketball. And then Allen Iverson is next. He endured a lot off the court, like how I did, but he persevered. And, you know, I like players who go through a lot of stuff because, you know, life is not easy. And, you know, what’s the point of having a story if you don’t have a story to tell, you know, and then on the woman side, my favorite basketball player is Cynthia Cooper, you know, she started playing basketball when she was 15. So she was a late bloomer, and just like me, but, you know, she propelled and, you know, did awesome on the court, you know, played in the Olympics, and, you know, have four championships with Houston Comets. So, I love Cynthia Cooper’s you know, she’s a trooper, but those who are, I admire on a Court”

When did you start playing basketball?

“I started playing basketball when I was 12 years old, I was in seventh grade. And if you read my book, you’ll see where I have it. Whereas it says, seventh grade, how I started seventh grade with social suicide, because everybody called me  “She sucks” because I really did suck playing basketball. And, you know, I didn’t start playing ball because I loved it, I started playing ball. Because, you know, I saw it as a challenge. I was very great at playing, I mean, running track. And doing gymnastics, I was ranked number 20, in the state of New York before I left  New York, moved to Florida. So I was leaving my favorite sport to compete in a sport I had no clue at doing. So. Basketball was a challenge. For me, it was hard, you know, everybody who I played with been playing for years, and this was their, their sport. So I had to really work hard to compete into, you know, succeed. So yeah, I started late. I was a late bloomer, but I’m glad I did, because I learned a lot”

How are you balancing your crown being a mom, wife and now an author?

“How I’m balancing my crown with being a mom, wife and author, okay, so boom, Here he goes. It’s really hard, like, it’s not easy. What can I say, I have to wake up every day and just pray and put my best foot forward, I know, I’m gonna fail, I’m no, I’m gonna have failures along the way. But you have to learn from those failures. You also have this; I have time for yourself. When I wake up, I, you know, I make sure I have routine. For that day, I don’t necessarily have a routine all you know, throughout the week, every day, I have a new routine, every day is a new day. So that’s how I look at it, you know, I talked to the kids make sure that they’re aligned right with their mental health and their physical health and just, you know, them knowing who they want to be.”

“But firstly, above all, you know, the creator, you know, he gives me strength, and he keeps me alive every day. So without his breath in my body. I would be nothing. And I am honored and grateful every day to walk on this earth knowing that I can do well because he gives me life. So Above all, he is number one, and without him, I can’t do anything.”

“What has been my crown moment since I’m putting the book out is that you know, everyone who played a role in my life, I call the people who played a role in my life, my village when whether it’s my parents, sisters, brothers, my grandparents, uncles, close family, you know, God sisters, friends, foes, whoever teachers. My village I give, that’s my major crowning moment because I could have failed so many times, but when I want it to give up, they would not allow me to give up.” 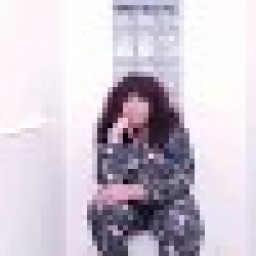 Host Re'Becca "Crowned ReRe" Alston presents Crown Talk: Recognizing the crowns of Kings and Queens among us and CrownOnes.com. Crowned ReRe defines “The Crowns” as friends, family, and notable personalities that have royal stories to share. Each of our Crowns share their gems through the narrative of their journey.They are aware of their worth, they are aware of their value, and with that, they are Crowned by ReRe